Your favorite anime just released a new episode and you’re going gaga over finding the best anime app so you could watch it online for free on your Android smartphone.

The internet is swarming with a lot of app recommendations where you can watch or download anime online. But more often than not, these apps fail to reach their users’ expectations. It’s either that they have too limited anime options or takes too long to buffer. To help you narrow down your search, we have made a list of the top anime apps for Android that you can enjoy for free.

Anime streaming is a process of watching anime videos on your computer or handheld device that does not contain the actual video file. It’s a media streaming where the user watches a video using his/her device by means of downloading the data either from your local network-attached storage, online or by accessing the file from a computer through the handheld device such as tablet or smartphone.

What is an Anime Streaming App?

Anime streaming app is basically an Android app that will let you watch and stream various anime videos using your Android phone or tablet.

READ NOW: Know all about Best Android Apps in 2019 (Updated)

A word to the wise: these apps come with a handful of ads. Developers are already spoon-feeding you with anime movies so let us not strip them of the chance to generate revenue from something that they worked hard for.

The quest for looking for the best Android app for watching anime online is a tricky task. If you are aiming for free, lower your expectations on the ads. Instead, look for something that has a good streaming quality.

Is it legal to watch Anime on anime streaming apps?

Depending on the rules and regulation of the country that you are residing in, all of the apps in our list have legal rights to stream selected animes. Otherwise, any form of illegal action or copyright violation will surely ban the listed apps from the Google Play store. 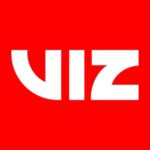 Looking for Blue-Ray or a DVD copy of your favorite animes? Look no further with VIZ Media LLC.

VIZ Media LLC offers a wide selection of anime in Blue-Ray and DVD available for purchase on Amazon.com.

From JoJo’s Bizarre Adventure to the newest generation of Ninja, Boruto. They also have collectibles and manga.

Have you tried downloading other apps but did not reach your expectations? Do you have anything else to add on the list? What are you most particular about in looking for an online streaming app? Share your thoughts on the comments sections below.