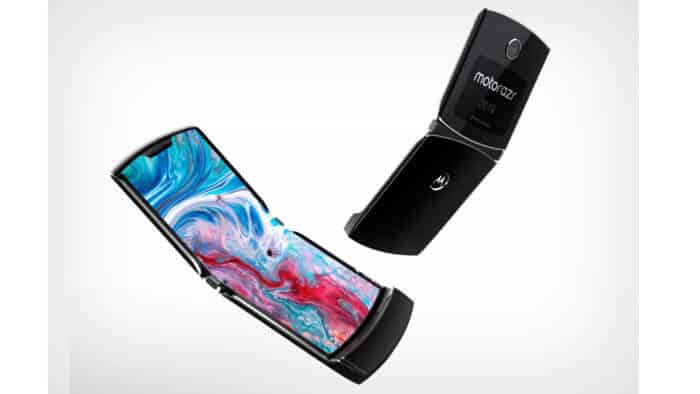 We all remember flip phones. They were such a big thing when they appeared, probably everyone had at least one flip phone at the time, even if they didn’t have half the options and features smartphones have today, like internet or touchscreens. But wait! What if they did? Wouldn’t they be the greatest phones ever?

Disclaimer: Please note that the prices are shown as of 20th September 2019, and they might change with time.

There were more models of touchscreen flip phones over time, but they were discontinued. Unfortunately, this type of devices didn’t get too much spotlight yet, but with models like the Motorola Razer V4, they are sure to become more and more popular in time.

We know that the title of this article is Best Touchscreen Flip Phones, but if you think about it, foldable phones are just landscape flip phones, right? Since they have the same properties, purpose, and features, we included them in this article.

Most of the phones in this category are yet to be released, but we are really excited for them and we want to tell you about them, as well!

There are many other tech giants that have decided to step into the world of foldable devices. Companies like Intel, Microsoft, Motorola, and even Blackberry are rumored to produce a foldable smartphone in the near future. What a time to be alive!

Whenever we say flip phones, we think of the past, back when phones were just for texting and calling, not the mini-computers they are today. But the concept prevailed today, and we can find touchscreen flip phones – for the nostalgics, or the futuristic foldable phones, that will invade the market in the next couple of years.

What do you prefer? Flip phones or foldable? Don’t hesitate to share your opinion below in the comments!